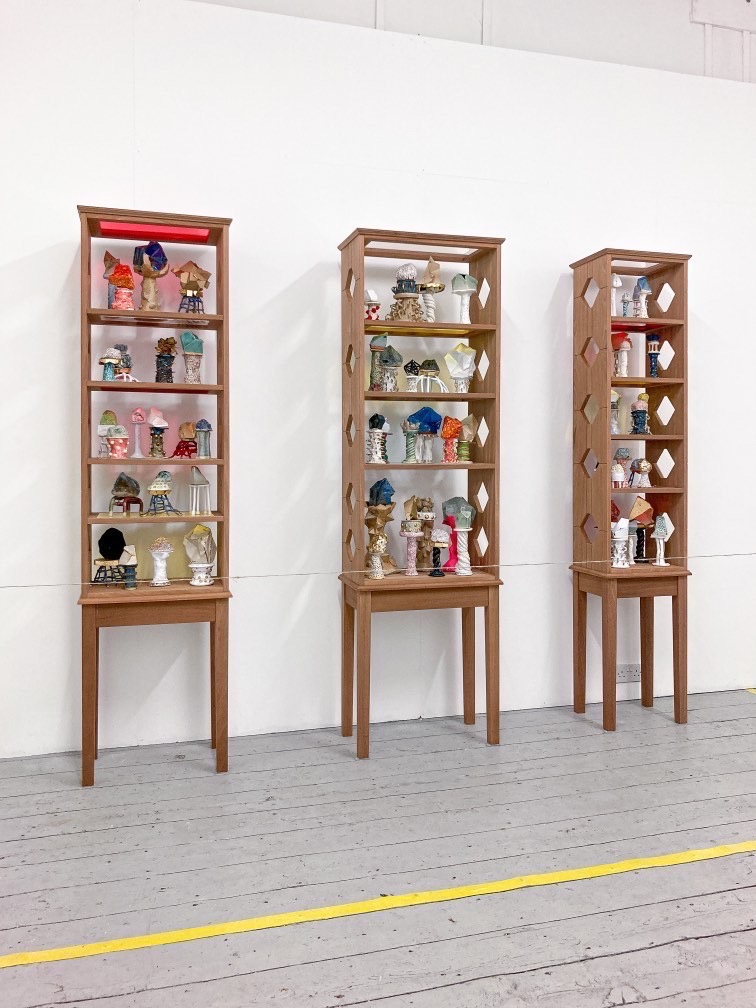 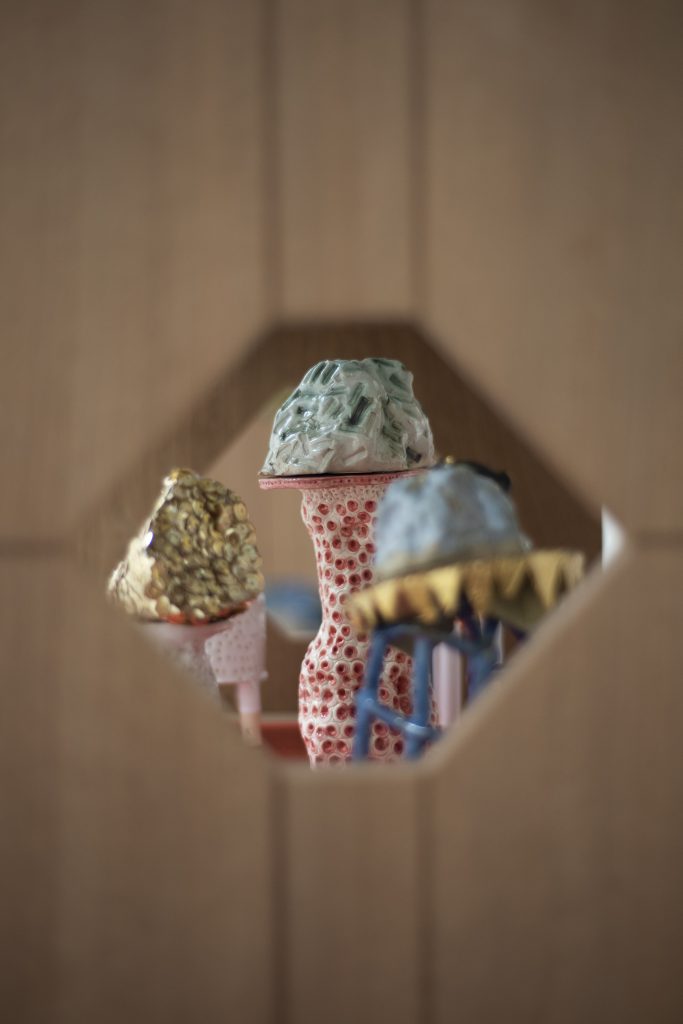 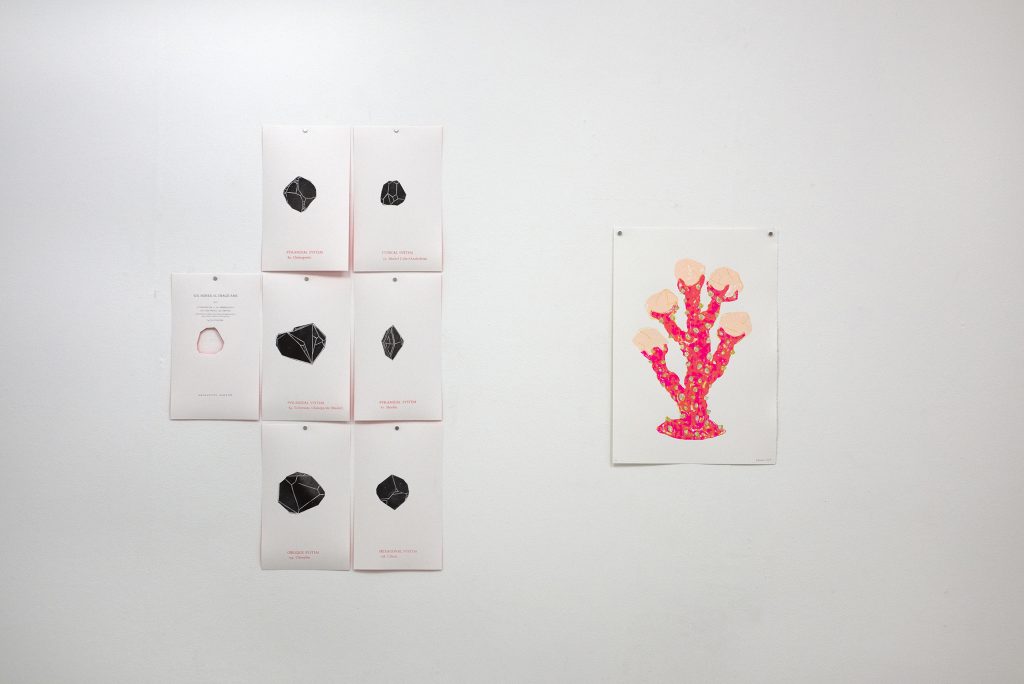 Bridgette Ashton Artificialia: Fake Minerals & Fancy Plinths is a physical and digital artwork reflecting on questions of replica and reimagining and on collectors and collections.

‘In Ashton’s sculptures, the nature of the pedestal, the way it raises something up off the ground of ordinary life, is the entry point for a complex set of thoughts around what we value and why. Each one of her objects stages a micro-drama between the plinth and the thing it supports. Sometimes the plinth upstages its partner through a sparkling skin of pattern and colour; at others it bends unsteadily, as though not quite up to the job. The objects, too, often fail to perform according to the task in hand, lunging away from their bases or bulging unpredictably, like mushrooms. In every case, the pedestal’s conventional territory, of isolation and elevation, is an unquiet one. It’s a comedy, of sorts, played out in double acts of wildly mismatched materials. Glistening ceramic and matte ply jostle for the upper hand. Cardboard and fake gold leaf share a single space, the dirt-cheap alongside the maybe-not. The contingency of these materials – their sense of being placeholders for something else, like maquettes for imaginary public art – is part of how Ashton’s work prods at ideas of value and authenticity.’

Excerpt from Pedestalled. The World Unknown, an essay by Ben Street for the accompanying printed publication Artificialia Bridgette Ashton.