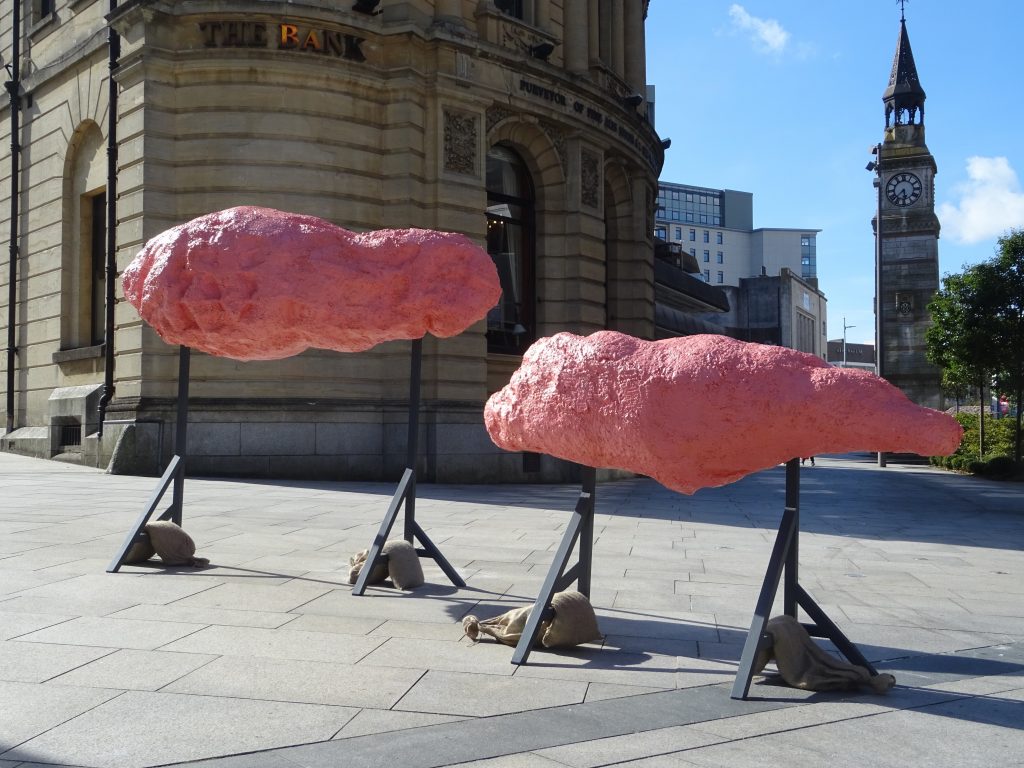 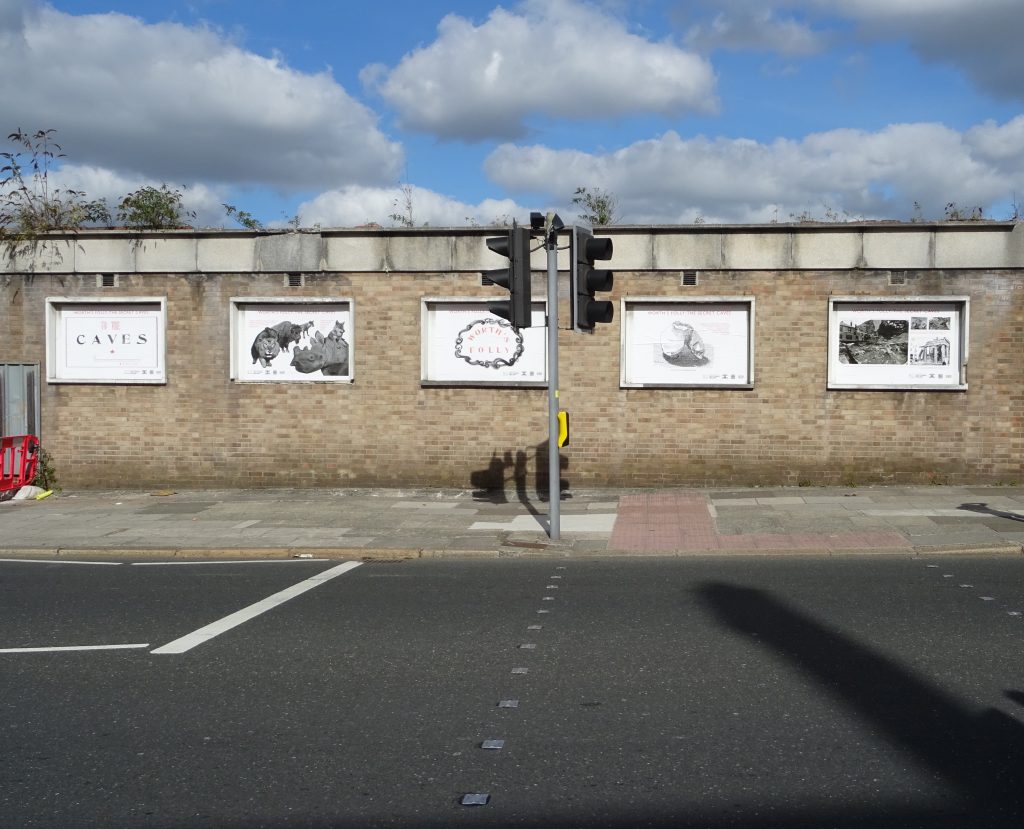 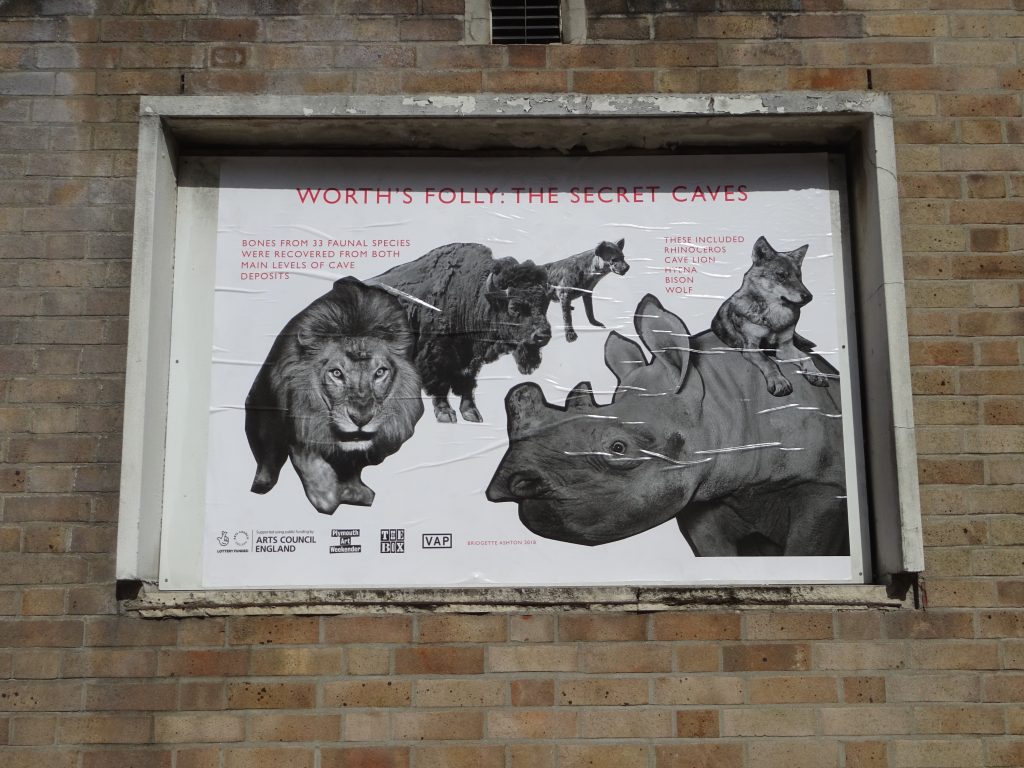 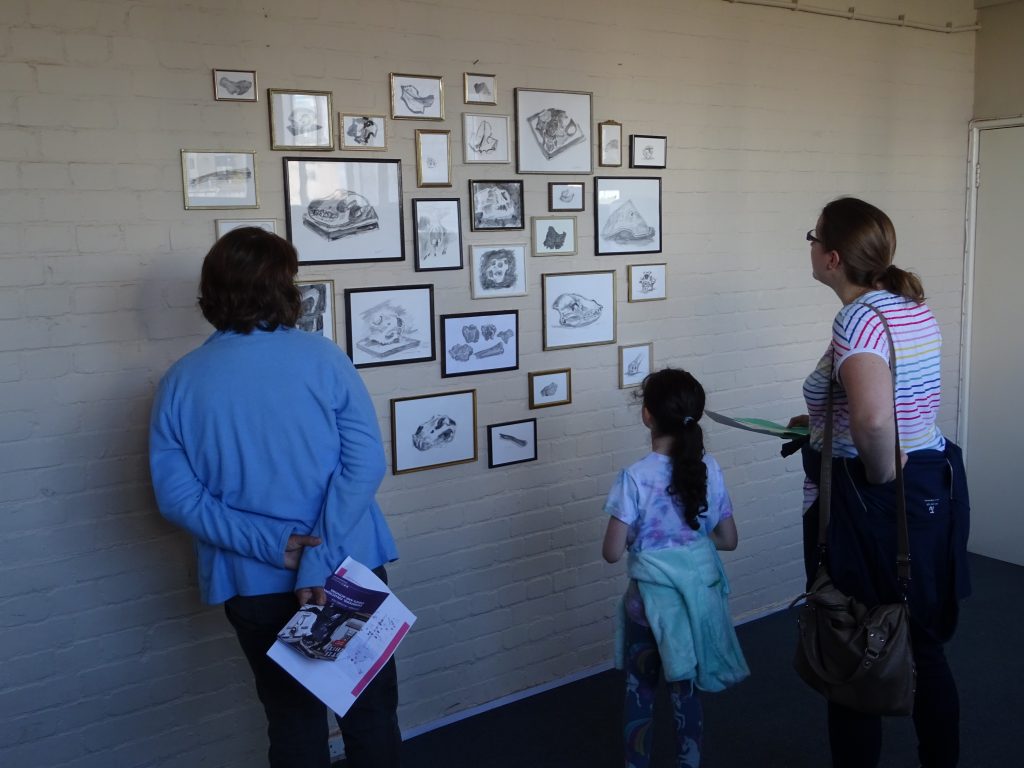 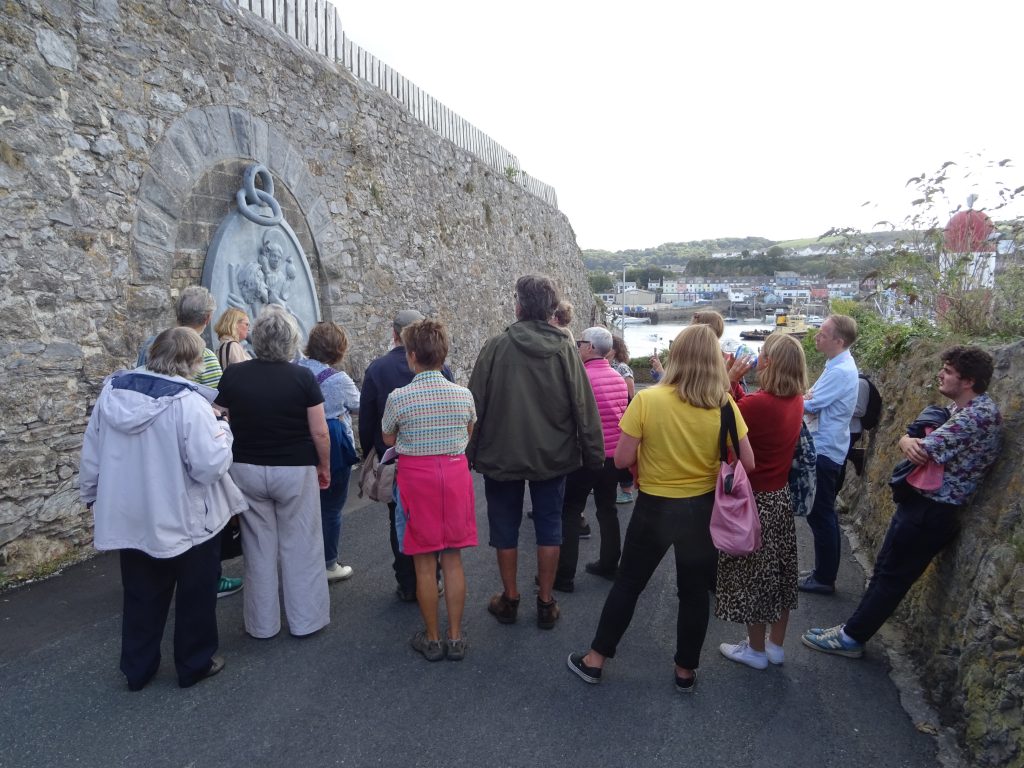 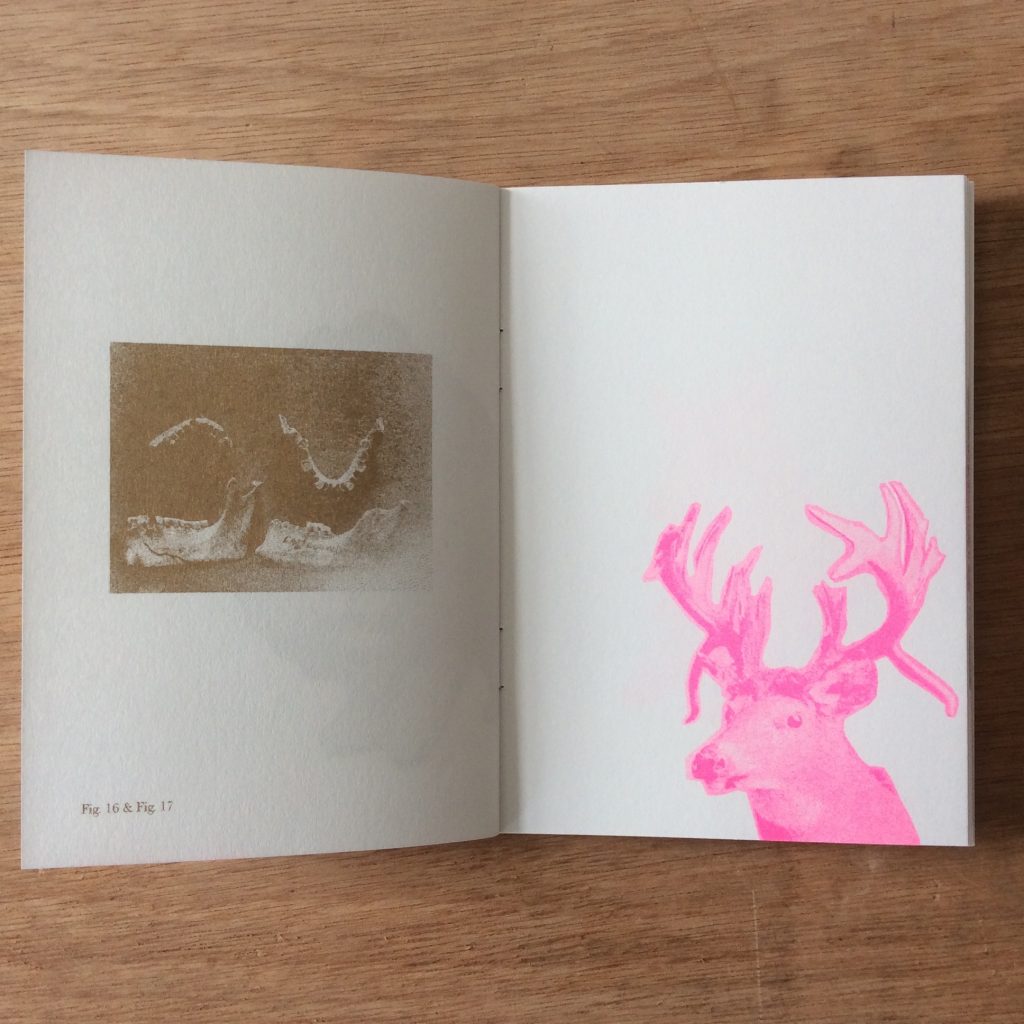 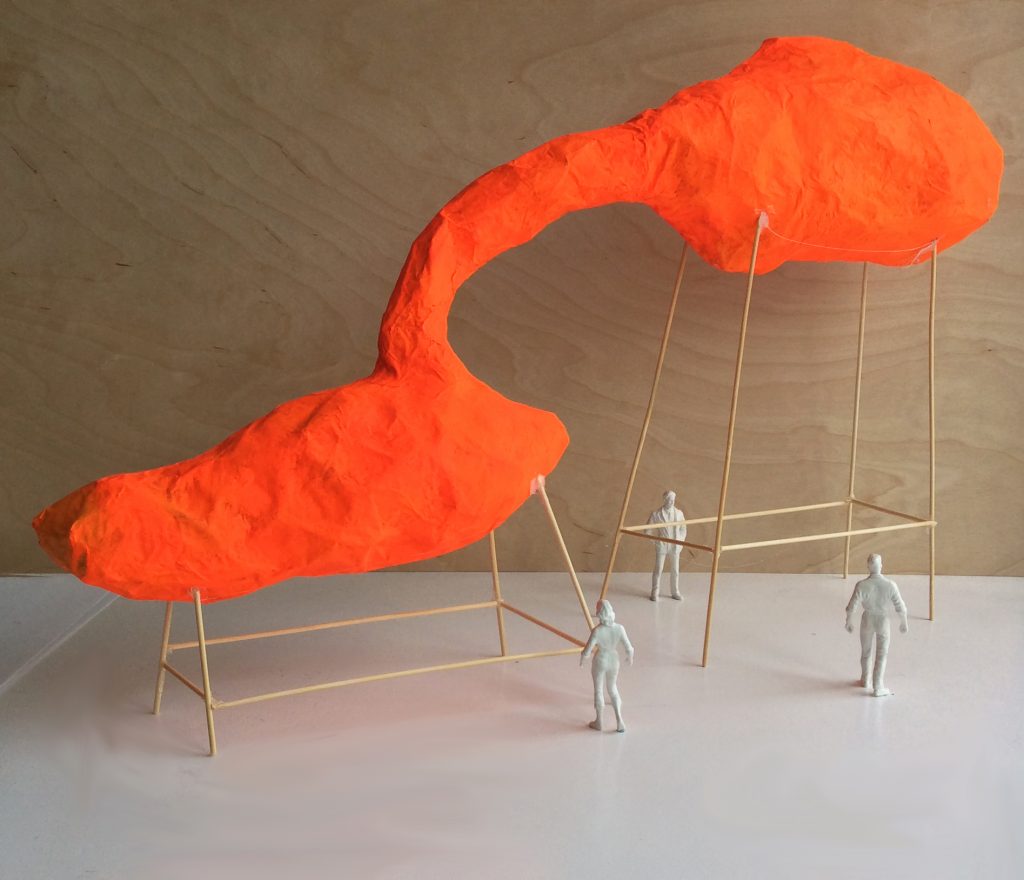 Bridgette Ashton was awarded the History Commission, from Visual Arts Plymouth and The Box, Plymouth, to create a temporary public art commission as part of the city’s 2018 Art Weekender.

Artists were invited to produce an artwork that helps to unlock and uncover stories from Plymouth’s rich heritage. Bridgette’s creation, ‘Worth’s Folly’, commemorated the accidental discovery in 1886 of Plymouth’s Palaeolithic Cattedown Cave. The works highlighted links between the little-known cave and Plymouth Atheneum, where the cave’s excavated finds were initially displayed, and subsequently partially destroyed, during the Blitz.

A sculptural structure, suggesting the proportions and scale of the cave at Cattedown Wharf, was temporarily placed close to the Athenaeum building in the city centre, adjacent to key buildings relevant to the city’s pre and post-war destruction and reconstruction. Nearby hoardings surrounding a derelict site housed information boards contextualising aspects of the caves and the Athenaeum.

Integral to the project were a series of guided visits to the site of the caves, whose exact location is not widely known throughout the city. Pre-booked minibus excursions transported participants to the cave’s location, where a guided tour to the anonymous site proposed multilayered histories and narratives. An accompanying guidebook showcased the faunal and human remains found in the cave.