I dream of europe 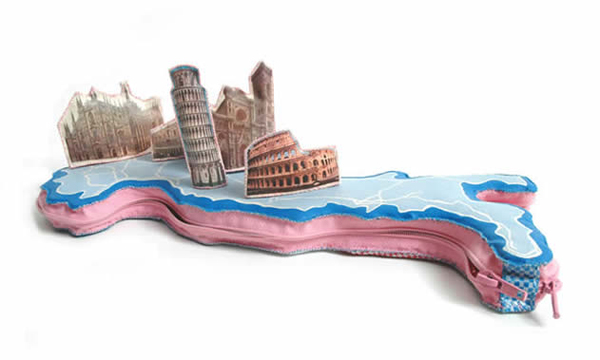 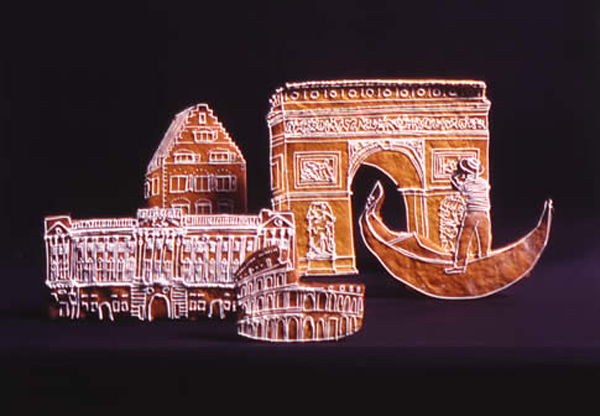 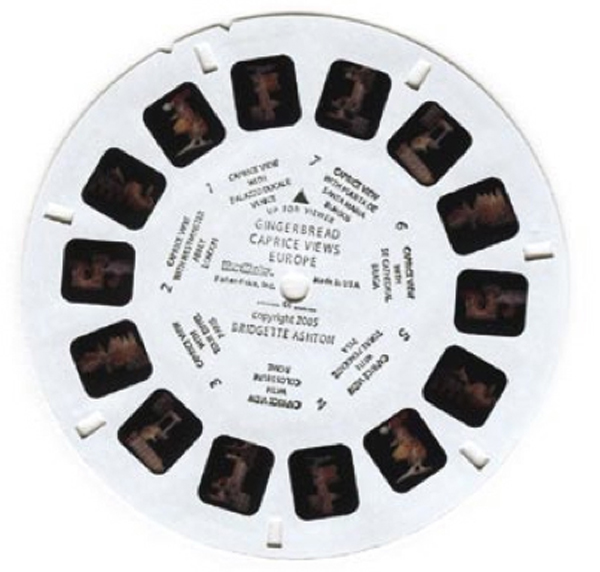 I dream of europe

Bridgette Ashton showed a selection of art from her exhibition at the Russell-Cotes Art Gallery, Bournemouth entitled ‘I dream of Europe’. Most prominent were a series of zip-up cases made in soft pastel materials, like ornate make-up bags, each one corresponding to one of the countries of Europe as it was in 1982. These sumptuous works borrow from the aesthetic of cheap (and not so cheap) tourist trinkets and souvenirs, and flirt with notions of kitsch.

This is less true of a series of Ashton’s photographs. For ‘Gingerbread Caprice View of Europe’ familiar images of Europe made in gingerbread (itself frequently used as a souvenir and associated with the European fairy-tale of Hansel and Gretel) were photographed for viewing through a ‘ViewMaster’. This familiar stereoscopic device, was invented in the early part of the 20th Century, and reached its peak in the 50s and 60s. Like her other work, it seems to speak nostalgically of a golden age of tourism, when the package holiday and cheap flights abroad were still a novelty.